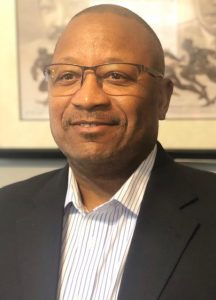 Center for Black Health and Equity

"They've shown, clearly, that out interests were their interests."

That’s what Delmonte Jefferson wanted to know in 2011 when he became the executive director of The Center for Black Health & Equity (formerly NAATPN), which promotes tobacco cessation, cancer prevention, and HIV prevention programs that benefit African-American communities. Because 82% of African-American smokers use menthol-flavored cigarettes, it was a huge priority for The Center for Black Health & Equity. The Tobacco Control Act had banned most flavors in cigarettes just two years earlier, but hadn’t banned menthol.

Tobacco manufacturers have used menthol cigarettes to target young and vulnerable populations for years. The menthol “mint” flavor reduces the harshness and irritation of tobacco smoke, and is a popular choice for those first starting to smoke. Menthol cigarettes are also used at far higher rates by African Americans and other racial and ethnic minorities relative to white smokers.

“We couldn’t get any of the other national partners to take up that menthol mantra, but finally we noticed that the Public Health Law Center and Truth Initiative started saying menthol tobacco products should be banned as well,” Jefferson said. “All of a sudden, we had allies.”

The Public Health Law Center and The Center for Black Health & Equity began to partner, and create connections for each other with new partners. “They did not back down,” Jefferson said. “In fact, they would ask people in states considering legal options for flavor bans to consider banning menthol as well. If they hadn’t considered it, then their attorneys would say, you should talk to The Center for Black Health & Equity.”

Jefferson helped the attorneys at the Center understand the horrendous impact of menthol on minority communities, and soon they began making joint presentations around the country. “We do tag-team presentations very well,” he said. In 2013, both organizations were heavily involved in creating the Citizen Petition Asking the U.S. Food and Drug Administration to Prohibit Menthol as a Characterizing Flavor in Cigarettes, and continue to work together on this issue today.

“Having national partners like the Public Health Law Center actually saying that menthol should be banned, that helped as we started gaining traction, and now I don’t think it’s a question.” he said. “They’ve shown, clearly, that our interests were their interests. They stuck their necks out when no one else would on menthol. That is invaluable.”

The Center for Black Health and Equity: The Menthol Issue